Final Fantasy 16 is at Square-Enix in development and intended for PS5 and personal computer appear. Since the announcement, there has always been smaller information. So became important figures and the world present. However, fans still have to wait for concrete news about the gameplay and the release date.

After learning in October that the Main story already done was, the whole game is located according to the producer now at a very advanced stage. A new trailer would also be ready. currently holds Square-Enix but it’s still under lock and key.

According to a report from Polygon, the game is now in the final stage of development. The storyline, characters, gameplay and Co. are usually already finished at this point. This phase is all about Bugs find and remove and tweak the game as a whole, i.e. make everything smoother.

This information comes directly from Naoki Yoshidathe producer of Final Fantasy 16. At an event for the MMORPG Final Fantasy 14which he is also responsible for, the interlocutors briefly talked about the new game.

Final Fantasy 16 could be inspired by Ghost of Tsushima

It’s been supposed to be like this for a long time new trailer are in the starting blocks. Originally had Square-Enix promised new information for the spring, so the Japanese studio still has a few weeks of time. So fans of the series won’t have to wait long.

When will Final Fantasy 16 be released?

According to the report, a The 2022 release is still quite unlikely. Square Enix has with Speak a major title slated for October, with more releases spread throughout the year.

We can assume that “Final Fantasy 16” should be released at a time when at least internally no great competition appears. 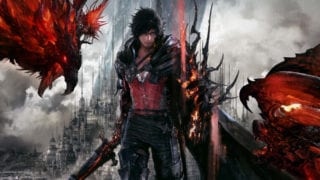 Maybe we just have to wait a few weeksuntil there is clarity. That the announced trailer is also the final release date will be revealed is not yet clear.

* Note: All links to online stores are affiliate links. We receive a small commission for each purchase made through this – without you paying a penny more. Thank you for your support!