He likes to tweet, says $265 billion jack-of-all-trades Elon Musk about himself, often in the toilet or – as he calls it – from his “porcelain throne”. Now, the Tesla and SpaceX founder has taken over the microblogging service. This contains a lot of explosive material, because when the richest person on the planet by far takes control of one of the most influential technology platforms in the world, criticism will be quick to come.

“The most important thing to know about Musk is that he’s a troll. Like all trolls, he sets out to offend and upset for the sole purpose of getting the world’s attention.” Other left-wing outlets such as “Spiegel” (“When the troll buys the shop”) and “Zeit” (“The troll takes power”) also spread the story: a rich man abuses his power to define the freedom of expression according to one’s own taste.

Far more massive are 26 left-leaning nongovernmental organizations, whose supporters include billionaire financier George Soros and ex-Clinton and Obama activists: “Elon Musk’s takeover of Twitter will further poison our news ecosystem and will pose a direct threat to public safety, especially to those who are already the most vulnerable and excluded,” reads the letter, signed by these organizations.

“The Well of Misinformation”

The letter is addressed to well-known brands such as Apple, Coca-Cola, Disney, Warner and Kraft – combined with the call to boycott the platform in order to prevent “hate speech” and “misinformation”. If Musk takes over Twitter, it means advertising on the platform “risks being associated with a platform that promotes extremism, health misinformation and conspiracy theorists.” Twitter risks becoming a “well of misinformation polluting our news ecosystem at a time when trust in institutions and the news media is already at historic lows.”

“Who funds these organizations that want to control your access to information? Let’s investigate…”, Musk tweeted. The header with the logos of the three organizations Accountable Tech, Media Matters for America and UltraViolet leads the way. 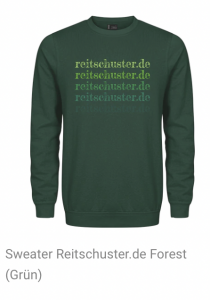 Accountable Tech is a Washington DC-based organization associated with leading Democrats. Jesse Lehrich, one of the co-founders, was a spokesperson for Hillary Clinton’s presidential campaign. He is also the nephew of former Obama adviser David Axelrod.

The federal government is also one of the supporters

Media Matters for America was founded by political activist and Clinton supporter David Brock. According to the website, it is “dedicated to the comprehensive monitoring, analysis, and correction of conservative misinformation in the American media.” In 2017, Politico magazine dubbed him the “Democratic attack dog”.

Media Matters is funded by various donors, including the National Education Association – the largest US union representing teachers and other school staff – and several Jewish groups, including the Combined Jewish Philanthropies of Greater Boston and the Community Foundation of the United Jewish Federation of San Diego.

UltraViolet, meanwhile, is a feminist movement dedicated to “fighting sexism and creating a more inclusive world where all women are properly represented.” Letter signatories like Access Now are backed by the Canadian and European governments, as well as George Soros, the wealthy American investor and founder of the Open Society Foundations.

This foundation in turn supports the undersigned NGO Access Now. A thug who thinks badly of it. Several European governments are also among the organization’s benefactors, including Germany, which provided around $700,000 to four projects through the Federal Foreign Office last year alone.

Contributions marked by name always reflect the opinion of the author, not mine. I value my readers as adults and want to provide them with different perspectives so they can form their own opinions.

Daniel Weinmann worked for many years as an editor in one of the best-known German media. He writes here under a pseudonym.

A report by the Bundestag’s Scientific Service illustrates the possible penalties for those who refuse to be vaccinated: anyone who resists the forced injection is liable to prosecution and can be fined or sentenced to imprisonment. By Daniel Weinman.

Several current analyzes show that Omikron is more like the flu and carries a lower risk of hospitalization than the Delta variant. In South Africa, where the virus variant was first noticed, the incidence is already falling. By Daniel Weinman.

After Bavaria and Hamburg, Saxony has now also attracted attention with incorrect infection numbers of vaccinated and unvaccinated people – a popular way to justify the rigid measures policy. Prime Minister Kretschmer does not wish to comment on this. By Daniel Weinman

The Corona crisis has led to an exorbitant increase in global debt. However, access to money is unevenly distributed. Rising inflation might help, but savers foot the bill. By Daniel Weinman

The argumentative boss of low-cost airline Ryanair, Michael O’Leary, backs up his hatred of vaccination skeptics with drastic remarks. It also calls for making life difficult for the unvaccinated. His call: stay at home! By Daniel Weinman.