The essentials in a nutshell:

All children, women and the elderly were brought to safety from the Azov-Stahl plant in Mariupol, besieged by Russian troops. “The President’s order has been carried out: all women, children and elderly people have been evacuated from Azovstal. This part of the humanitarian mission in Mariupol is over,” Deputy Prime Minister Iryna Vereshchuk said in a statement. statement shared on social media. She didn’t give a number. More recently, there were reports of about 200 civilians still staying at the industrial complex in the port city of Mariupol.

According to Ukrainian President Volodymyr Zelenskyy, Mariupol is “completely destroyed”. He stressed that Ukraine is working on a diplomatic solution to save the defenders who are still resisting the besieged steel mill. It is the last stronghold of the Ukrainian Armed Forces in the port city. Influential mediators and states are involved in the efforts, Zelenskyj says in his nightly video message. He did not give details. According to the Ukrainian army, Russian artillery and armored units continued their attacks on the factory premises on Saturday.

According to Ukrainian information, the operations carried out by the UN in recent days have managed to bring nearly 500 civilians from the city and the steelworks to safety. Russia on Wednesday announced a three-day ceasefire for evacuation operations.

The UN Security Council agreed on a common position for the first time more than two months after Russia invaded Ukraine. The UN’s most powerful body said unanimously – also with the approval of the Russian aggressor – that it was “deeply concerned” about the conflict in Ukraine. At the same time, the Security Council hailed the mediation efforts of UN Secretary General António Guterres.

Is there movement in diplomacy?

The deal is seen as the body’s weakest statement possible, but also a beacon of hope that stalled diplomacy on New York’s East River can get some movement. “Following the UN Secretary-General’s meeting with Russian President Vladimir Putin, this is a signal that Russia and the West are ready to give Guterres a chance for more shuttle diplomacy,” he said. UN expert Richard Gowan of the Crisis Group think tank. 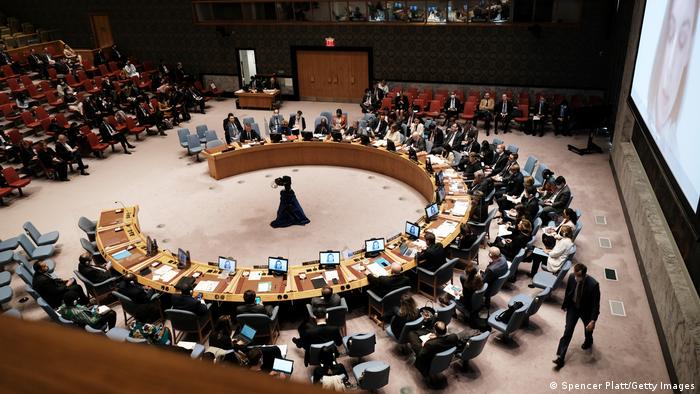 Russia also did not oppose the resolution

Russia, after invading Ukraine, used its veto power to prevent any possible war-related action by the Council. Western diplomats speak of deep disagreements in daily relations with representatives from Moscow.

The conflict region of Transnistria in the Republic of Moldova, which borders Ukraine, has spoken of new attacks on its territory. During the night, several explosions took place in the border town of Voronkowo, the Interfax news agency reported, citing the region’s interior ministry. “At least two drones flew over the Voronkovo ​​military garrison, four explosions were heard.” There were no deaths or injuries. The information could not initially be independently verified.

Transnistria, which separated from the former Soviet Republic of Moldova in the 1990s, borders the Odessa region in southern Ukraine. Transnistria is considered pro-Russian and around 1,500 Russian troops are stationed there to monitor the ceasefire and former ammunition and weapons depots.

Göring-Eckardt for the European perspectives of the Republic of Moldova

During a visit to the Republic of Moldova, the Vice-President of the Bundestag, Katrin Göring-Eckardt, underlined the importance of the prospects of EU membership. Moldova needs quick help, the Green politician said after a meeting with Moldovan Prime Minister Natalia Gavrilita. “The stability of Moldova is very central to the conflict we are currently experiencing in Europe.” There are fears that Russia’s war will spread to the small neighboring ex-Soviet republic.

Military parade on May 9?

Ukrainian President Selenskyj has invited Chancellor Olaf Scholz (SPD) to come to Ukraine. Scholz could take a “very strong political step” and come to the Ukrainian capital on May 9, Zelensky said at an event organized by London-based think tank Chatham House.

Meanwhile, US President Joe Biden has approved new military aid to Ukraine to defend against the war of Russian aggression. An additional package should provide the country with more artillery ammunition, radar and other equipment, Biden said. At the same time, the US President warned: “With today’s announcement, my administration has nearly exhausted funds that can be used for the deployment of security support by evacuation authorities to Ukraine. “. He called on the US Congress to release billions more in aid that had already been requested. 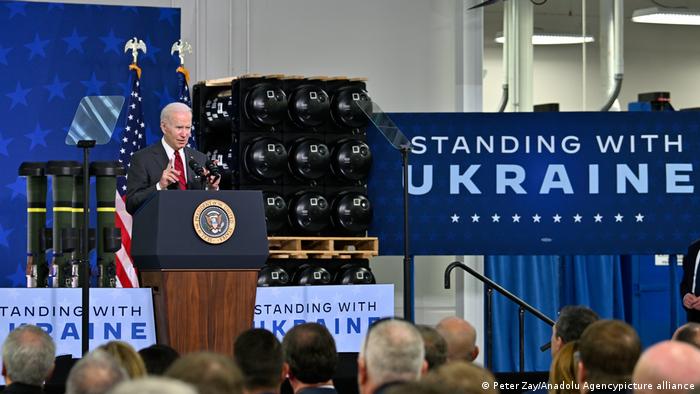 Since the beginning of the war at the end of February, the United States has promised or delivered arms and ammunition for more than 3.7 billion American dollars (about 3.5 billion euros) to the former Soviet republic. However, Biden wants much larger deliveries. He asked the US Congress for an additional $33 billion in military aid and humanitarian assistance.

NATO Secretary General Jens Stoltenberg called on the West to continue delivering heavy weapons to Ukraine. “Ukraine urgently needs more heavy weapons, the West should step up deliveries, do more and prepare for a long-term commitment,” Stoltenberg told “Welt am Sonntag” according to a preliminary report. This is the only way for kyiv to successfully repel the Russian invasion. Ukraine must prepare for a “long war” with Russia that could last for months or even years.

Council of Europe Commissioner for Human Rights Dunja Mijatovic has deplored widespread violations of human rights and international rights by Russian forces after a four-day visit to the Kyiv region. The scale and gravity of the crimes are “staggering”, Mijatovic said. Bringing reparation, support and justice to victims and their families is an “enormous but imperative task”.

Russia’s war of aggression has affected “virtually all human rights” of residents of Ukraine, Mijatovic said. Among other things, she spoke of the destruction of the theater and a hospital in Mariupol and the struggle of trapped civilians to survive. Russia is waging war “with little concern for human life and human dignity”.

The names Bucha, Borodyanka, Irpin and Andreyevka represent “appalling acts”, according to the Commissioner for Human Rights. “Many others across Ukraine have experienced untold horrors. Everyone deserves justice and must not be forgotten.” Mijatovic promised the Ukrainian judicial authorities professional support, including psychological support for victims of sexual violence.

In March, the Council of Europe expelled Russia from membership with immediate effect after 26 years due to the war in Ukraine. The day before, Russia itself had declared its withdrawal after the Council initiated an exclusion procedure.

WHO: Hundreds of attacks on health facilities

According to its director of emergencies, Mike Ryan, the World Health Organization (WHO) has already documented 200 attacks on health facilities in Ukraine. The results would be transmitted to clarify if any crimes had been committed. WHO Director-General Tedros Adhanom Ghebreyesus said in Kyiv that his organization stands with Ukrainians in the conflict with Russia. Russia must stop the war.

In Italy, authorities left the mega yacht lying in a Tuscan shipyard Fix “Scheherazade”. The investigations revealed “important economic and commercial ties between the official owner of the ‘Scheherazade’ and important figures in the Russian government”, the Italian Ministry of Economic Affairs said. 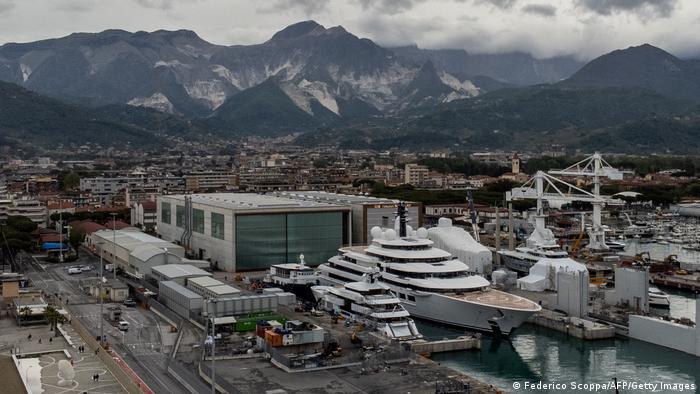 The ministry did not release the name of the owner. According to media reports, the “Scheherazade”, which sails under the flag of the Cayman Islands, is owned by a company registered in the Marshall Islands. Members of the anti-corruption foundation of imprisoned Kremlin critic Alexei Navalny had attributed the yacht to Russian President Putin.

Built in 2020 by German company Lürssen, the ship has two helipads, a swimming pool and a cinema, according to the SuperYachtFan site, and is worth around 640 million euros.

This article will be continuously updated on the day of publication. Reports from combat zones cannot be independently verified.