Food delivery services were in greater demand than ever during the corona pandemic. But in recent months, Lieferando, Delivery Hero and Hello Fresh have crashed on the stock market. What is happening here?

Anyone strolling the streets of certain large areas of the city might think that since the corona pandemic there hasn’t been a more lucrative business than delivering food and drink to homes. We constantly come across couriers from Gorillas, Flink or Getir, bottle delivery vans block the aisles before an army of pizza delivery men arrives in the evening.

In fact, most of these providers are anything but profitable and burn a lot of money. Investors are pouring millions upon millions into the services in the hope that their own candidate will emerge victorious in a fierce competition – and end up reaping even bigger profits.

But does that math actually add up for anyone? Does size really guarantee big gains? If you look at the stock prices of industry giants Lieferando, Delivery Hero and Hello Fresh, you might have your doubts. All three have established themselves as leaders in their fields in recent years, have become listed companies – and yet have fallen dramatically since the peak of the Corona crisis.

Dax Delivery Hero Group has lost more than 70% of its stock market value in the past six months. Shares of the Lieferando Just Eat Takeaway group have fallen 65% over the same period (even 75% for the year). And mail-order meal box company Hello Fresh, which was just celebrated as the big winner of Corona, is almost 60% in the red in the first half of the year. Have investors lost confidence in the business model?

Perhaps the most notable case is that of Delivery Hero. The Berlin-based company is heavily involved in online ordering services around the world, has been listed on the stock exchange since 2017 and has a place on the Dax since 2020, where Germany’s most valuable joint-stock companies are listed. In Germany’s domestic market of all places, however, Delivery Hero failed a second time during the corona pandemic.

Germany’s first withdrawal dates back to 2019, when the Berliners sold their stakes in Foodora and pizza.de to Lieferando after an epic and costly struggle and left the field open to competition. In 2021, the company with the Foodpanda brand suddenly came back, made big plans – and only a few months later marked the German company again. The reason given by CEO Niklas Östberg is respect for the financial strength of the American giants Doordash (Flink, Wolt) and Uber Eats, which are now also entering the German market with power and millions. In order to keep at least one big toe in Germany, Delivery Hero invested 200 million euros in Gorillas.

From car to insurance

‘Most Trusted Brands’: These are the brands Germans trust the most 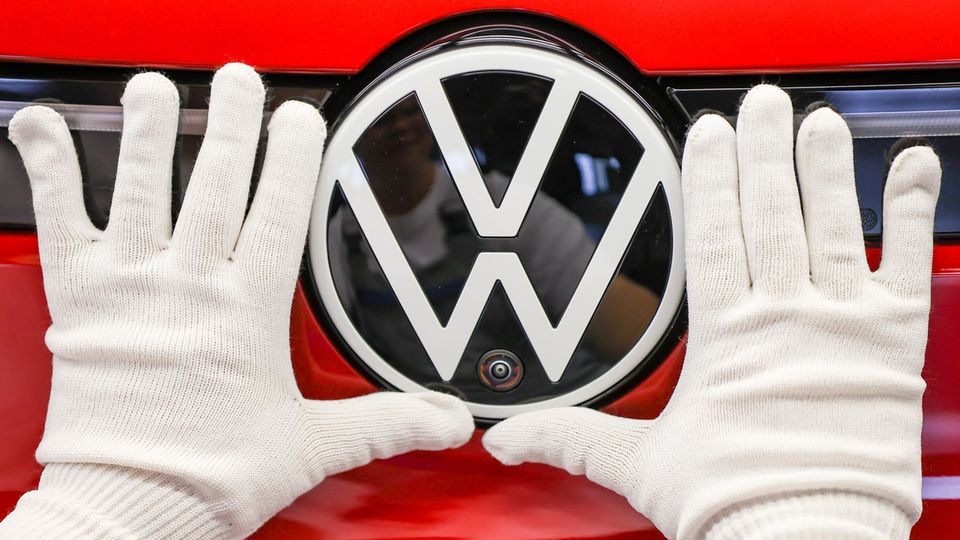 If the company is penalized on the stock market, it is probably mainly because it is still in the red more than ten years after its creation and an activity that has spread throughout the world. This has not changed even during the Corona boom. CEO Niklas Östberg also blames the bad environment in the form of inflation and the Ukraine war for the current stock market crash. But he also said that in the Spiegel interview. “It’s an open question about the profitability of delivery services.” A remarkable statement. After all, we are on the right track to register profits soon. I hope so. But: “At the moment, all delivery companies are making losses – we are no worse than the others.”

These “others” also include the Dutch company Just Eat Takeaway, which dominates the German food order brokerage market under the Lieferando brand. The international competitor of Delivery Hero ended 2021 with a nice loss of one billion euros. This is partly explained by the costly takeover of the American delivery service Grubhub (which the Lieferando group is already trying to get rid of), but the operating loss is still around 350 million euros.

Given the escalating losses, shareholders found little consolation that sales rose in the Corona year. There are also rumblings in the general management: this week it was learned that the chairman of the supervisory board and the chief operating officer would be removed from their functions, the latter due to an alleged personal misconduct during an event of business.

Lieferando is the undisputed market leader in Germany. But maintaining that position is an exhausting struggle with financially strong new players like Doordash. And the working conditions of the drivers, constantly criticized, remain in any case a permanent threat to the public reputation.

Hello Fresh – is the cooking box party threatening to end?

What about the Hello Fresh recipe box phenomenon? Thanks to exploding demand, the company was able to multiply its sales during the corona pandemic, rose to Dax and was in the black in 2021 despite huge investments. But many observers expect things not to continue like this in a blistering fashion. Although revenue also rose in the first quarter of 2022, the stock has been in freefall since the end of last year. Investors apparently don’t know if people will continue to order so many cooking boxes after the pandemic is over.